Former bassist and backing vocals, Andy started to play relatively late, at the age of 16. Since his early adolescence he has studied the history of music from late '50s to nowadays and has always been interested in eclectic influences. In 2007 he started collaborating with "The Steamrollers", a Progressive/AOR band. In 2010 he found with Gabriel the band "The Selfish Cales", and progressively takes part in songwriting, introducing new influences and changing his role from bass to guitar and vocals (2013). He loves to collect guitars and to assemblate and customize his instruments.

Peppe begins his musical path at the age of 6, learning violin and keyboards. During teenage he falls in love with rock and metal music, and plays and collaborates with many different bands while discovering the world of music production. Today Peppe plays bass with "The Selfish Cales" and works as audio engineer. 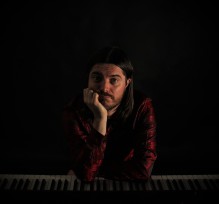 Always passionate about musical instruments, with a particular preference for the vintage world, he starts playing the keyboard at 13. One year later comes the first group, a cover band formed with schoolmates.

After playing in several cover and tribute bands, paying homage to historical formations such as Doors, Pink Floyd and Deep Purple, decides to take part in new music and collaborate with several artists, discovering Blues, Songwriters and Pop.

Completely self - taught, he plays many other instruments including guitar, ukulele, mandolin, percussion and the hang drum, discovered in 2010 and highly appreciated for its sound.

Starts playing drums while 18, being intrested mostly in playing metal. As years go by, he becomes interested in more acoustic and dynamic musical genres, which awake love for humanity in music, that meanings love for every kind of music not played by sequencers. 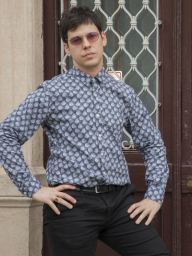